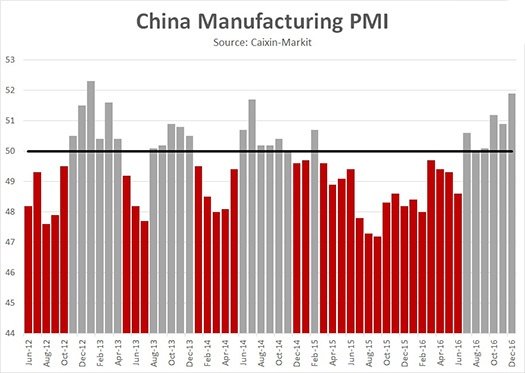 Performance measures have recently indicated economic stabilization. The Chinese economy has started to slow in terms of growth. Towards the future, this trend is expected to increase. Analysts initially expected 2016 to provide more economic resistance than has materialized. Pessimism was a common outlook, however the Chinese economy appears to have coped with domestic and global conditions better than expected, driven by domestic demand and increasing advanced industrial design consultancy.

Following the 2008 financial crisis, almost all worldwide economies suffered. China was no different in this regard, but the country did deal with the problem surprisingly well. Through a strong embracing of fiscal stimulus measures and monetary policy, China managed to delay knock-on economic effects. Analysts are now predicting a turbulent Chinese economy in 2017, despite 2016 faring well.

Jump To the Part You Need

High debt levels have been a downside to introduced economic measures. At the moment, the debt level sits at roughly 250% of the GDP. Close to two thirds of the total debt is by corporate entities. Investment into fixed assets has been a driving force behind a stimulated Chinese economy. Infrastructure such as roads, airports and railways as well as housing. Investment led growth is a perfectly legitimate strategy, and has many pro-economic outcomes. State owned banks provided the majority of funding towards fixed asset investment. Through issuing loans or other forms such as bonds, the majority of investment was derived via debt.

Such sheer high levels of debt is increasingly causing worry for economists. Especially due to the majority coming directly from government owned banks. Long term, the situation is unsustainable, which may come to a head in 2017.

President Trumps Effect on the Chinese Economy in 2017

Unveiled in a presidential campaign speech Trump announced he would implement a 45% tax on all Chinese exports. Though the Chinese economy is shifting from outsourcing manufacturing towards a more service based nature, there is still a heavy reliance on low cost manufacturing exports. Any tariffs and barriers to trade enforced by Trump would certainly see the economy take a hit. In reality, the likelihood that Trump would successfully introduce widespread measures is low. Both countries are members of the World Trade Organization, which act as a dispute body. Specific measures brought in even against select exports would still create damage to the economy.

Government Pessimism for the Chinese Economy in 2017

Official forecasts are also predicting a more difficult year for the Chinese economy in 2017. Growth levels are expected to continue decline throughout 2017. 2015 saw 6.9% growth, and the economy is on track to end on 6.7% growth for this year. 2017, is likely to decline again to 6.5%. After decades of unprecedented double digit growth, these single figures may be concerning. President Xi himself has even outlined the lower limit of 6.5% if the country is to double GDP levels by 2020 from the previous decade.

The Chinese economy in 2017 faces a negative outlook. From analysts’ predictions, to the government’s own forecasts, everyone is in agreement the future is not so bright. Comfort can be found in that the Chinese government have a strong record in navigating uncertain times. The unknown itself cannot be planned against. Life is full of unpredictability. Worldwide political factors could cause another financial crisis out of nowhere. If China manages to handle the turbulent economy in a similar as in 2016, then the country should see it through.

We use cookies to ensure that we give you the best experience on our website. If you continue to use this site we will assume that you are happy with it.OkPrivacy policy